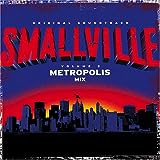 CBS is all in repeats tonight so it is an open field for the rest of the contenders. ABC debuts a new sitcom Crumbs after Dancing With the Stars. NBC is new from start to finish. The O.C. moves to its new time one hour later than normal on FOX. Beauty and the Geek debuts itâ€™s second season tonight after Smallville on WB. That is the night in a nutshell. Well actually a paragraph but that is not important. Oh yeah UPN is all repeats also. So what will you be watching tonight? Get some ideas below for your viewing pleasure. Let me know what you think or what you will be watching in the comments.

Smallville (WB): Clark finds his father beaten after being mysteriously told to drop out of the race. It is good to have new episodes back.

The O.C. (FOX): The group puts on a campaign to try and get Marissa back into Harbor. A new time slot an hour later than normal begins tonight.

ER (NBC): Clemente is nowhere to be found and Dubenko takes the day shift in his absence and ends up totally overwhelmed by the situation. Meanwhile Kovac and Abby do some baby stuff shopping. The show starts a minute before the hour. I really hate this practice. ABC has started doing it a lot also. CBS continues to be on top without using this tactic letting the quality of there shows dictate who will be watching and not trying to get people to watch your next show because they have already missed the beginning of some other show on another network. This is a completely and thoroughly annoying practice that needs to end and SOON!

Will & Grace (NBC): Will, Grace and Jack end up locked in the bathroom with Karen at her birthday party with much of the New York A-list in attendance.
Four Kings (NBC): It is not the worst comedy but not great either, although it does have potential. Unfortunately that potential goes both ways. It could turn out to be solid but it is seems to be leaning in the other direction out of the gate. Let us see where it goes.

My Name is Earl (NBC): Earl fills in for a newlywed at his fast food job so he can go on his honeymoon.
The Office (NBC): It just keeps getting better and better. Tonight Michael wants attention from the office clan after he injures himself using a grill at home.

Without a Trace (CBS): Repeat of the episode that introduced the new investigator played by Roselyn Sanchez.

Dancing With the Stars (ABC): Runs 90 minutes. I was totally shocked by the number of people that watched this show last week. Unbelievable.
Crumbs (ABC): New comedy starring William Devane, Jane Curtain and Fred Savage. It looks a bit over the top from the commercials. I will have to catch this on the old DVR at a later date, as I will be watching The Office.

Cheats and Scams 2 (Travel Channel): Gamblers and Dealers are under surveillance at Las Vegas casinos. See what people try and get away with and how they get caught.

Pastry Daredevils (Food Network): Elaborate works of art are created out of sugar for a competition. Repeat.

NBA Basketball action on TNT tonight as the Detroit Pistons go to the San Antonio Spurs followed by the Cleveland Cavaliers at the Los Angeles Lakers. The two best teams in the league followed by two of the best players in the league.

ESPN has first round coverage of the Sony Open in Hawaii during the day. Many of the greats will be there playing in the field as well as young phenom Michelle Wie.