Tonight on the Tube: Cold Case and Greyâ€™s Anatomy 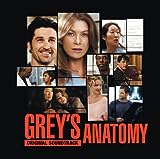 No West Wing tonight and Criminal Intent is a repeat but Jordan is new. The Housewives are also in repeats tonight but Greyâ€™s Anatomy is new. It is kind of a weird night on the tube. If you are in need of an awards show then check out the Cable Choices below. What will you be watching tonight?

Cold Case (CBS): A mother storms into the Police Department saying that she has information regarding the murder of her daughter in 1968 and the case gets reopened.

Desperate Housewives (ABC): Repeat where Susan learns the truth about her father and the residents of Wisteria Lane are panicked over the intruder. Runs 61 minutes.

Greyâ€™s Anatomy (ABC): The nurses go on strike and the doctors have to do everything.

The Simpsons (FOX): Bart gets sent to behavior modification camp. Yeah like that is going to work.
The War at Home (FOX): Now that Vicky is employed fulltime the rest of the family has to adjust.

Crossing Jordan (NBC): Macy and the team search for his daughter after her boyfriend is killed in a gang shooting.

Extreme Makeover: Home Edition (ABC): A family that runs an animal shelter out of their home get a makeover.

The Water Is Wide (CBS): A teacher in 1969 South Carolina attempts to help bring literacy to underprivileged kids. Two-hour runtime.

The Shield (FX): Repeat of Jailbait from earlier this week. Runs 64 minutes.

ABC has a NBA doubleheader with the Phoenix Suns going against the Cleveland Cavaliers in the early game followed by the Miami Heat at the Houston Rockets. Later you will find the Los Angeles Lakers playing the Detroit Pistons on ESPN. Also on ESPN today you will find Winter X Games coverage throughout the day. CBS has the final round of the Buick Invitational golf tournament. If you are going through football withdrawals this Sunday you can try and make due with Arena Football on NBC.

Next: Tonight on the Tube: Surface, 24 and CSI: Miami