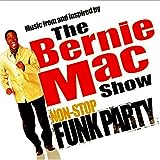 For you sci-fi fans out there the three-hour Sci-Fi Friday block on the Sci-Fi Channel is all new and then repeated again right after tonight. For the non sci-fi fan check out the prime picks and cable choices below. Next Friday is a night of TV worth looking forward to. No not because the Winter Olympics start on NBC but because FOX will be airing the final four episodes from this season of Arrested Development in a two hour comedy block. What will you be watching tonight on TV? How about next Friday?

The Bernie Mac Show (FOX): Bernie wants Jordan to hang out with the new neighbor kid.
Living With Fran (WB): Allison wants to go on the pill and Fran doesnâ€™t think so.

In Justice (ABC): Sonia and Brianna think a prosecutor behaved wrongly during the conviction of a woman put in jail for executing an elderly couple.

NUMB3RS (CBS): Some expensive equipment is stolen from a DNA lab at a college and they think it was a student at the school.

Ghost Whisperer (CBS): A ghost of a man that is not yet dead comes to Melinda for help or something like that.

Reba (WB): Brock thinks that selling everything and moving to Vegas is the only way to pay off his back taxes.
Twins (WB): Mitchee finds a great place to live but will need a roommate to be able to afford it. Who will it be? Donâ€™t know and donâ€™t really care.

Dancing With the Stars (ABC): Find out who place was not saved when the final votes for this round are revealed in an annoyingly 61 minute long broadcast. This extra minute thing is getting really tiresome.

Emeril Live (Food Network): Watch and get some great snack ideas for the big game.

What Not to Wear (TLC): A woman named Tracy finds out what not to wear.

ESPN has an NBA doubleheader tonight with the Detroit Pistons at the Philadelphia 76ers in the early game followed by the Minnesota Timberwolves at the Portland Trail Blazers. On ESPN2 you will find Friday Night Fights.