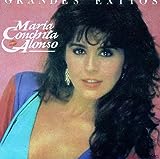 Tonight you can see Eva Longoria root on her man at the NBA All-Star game and also see her deal with guest star Maria Conchita Alonso as her mother on Desperate Housewives. What can Greyâ€™s Anatomy do so you wonâ€™t be let down after the spectacular Code Black two-parter? In case you were unsure the Winter Games continue with coverage on NBC. Are you watching them?

Extreme Makeover: Home Edition (ABC): A family in Texas with twin girls who both have a rare form of leukemia has their home renovated by the extreme team.

Desperate Housewives (ABC): Edie thinks Karl is going to ask her to marry him but he is really just trying to hide the fact that he is marrying Susan and Gabyâ€™s mom visits Wisteria Lane. Runs 61 minutes.

Greyâ€™s Anatomy (ABC): Derek and Addison have a visitor from their past. Meredith looks into her familyâ€™s history and Preston learns of Christinaâ€™s secret.

Cold Case (CBS): Repeat where an old lady who dies is found to have been using the identity of a woman who was committed in 1950.

Terminator 3: Rise of the Machines (CBS): Two hours and 19 minutes of Arnold terminating his way through time to protect John Connor from the female Terminator sent back to get him.

Iron Chef America (Food Network): Iron Chef Mario Batali goes up against challenger Chef Tamara Murphy who is from my neck of the woods up here in Seattle.

The Shield (FX): Repeat of Rap Payback from earlier this week.

Tonight on TNT is the NBA All-Star Game from Houston. Who do you think is going to shine amongst all the great players? ESPN has the Michael Jordan Celebrity Invitational golf tournament earlier in the day. ABC has college basketball followed by the final round of the Nissan Open. NBC has the Daytona 500 NASCAR race from the Daytona National Speedway in Daytona, FL.

Next: Tonight on the Tube: House, 24 and TV Show Marathons