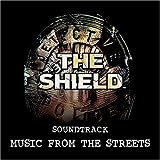 The American Idol contestants sing tonight and we see who doesnâ€™t make the cut tomorrow. Scott Foley can be seen tonight in a new The Unit on CBS in the second hour of primetime and a repeat Scrubs on NBC in the second half of the second hour of primetime. Hope & Faith is back on ABC tonight. The Shield comes to a seasonâ€™s end tonight on FX. The WB has a back-to-back repeat Gilmore Girls tonight and UPN has a repeat of last weekâ€™s Veronica Mars. What will you be watching tonight?

Boston Legal (ABC): Tom Selleck guest stars once again and tries to woo Shirley even though he is recently married.

According to Jim (ABC): Jim gets jealous when Andy starts playing chess regularly with Ryan.
Hope & Faith (ABC): Faith sees her ex-husband at a yoga class.

The Unit (CBS): A rescue mission in the Philippines becomes more complicated than expected.

Law & Order: Special Victims Unit (NBC): A coed is found dead with a bunch of cash on her leading the detectives to suspect her wealthy roommate.

Scrubs (NBC): J.D. urges the other Docs to go the extra mile for their patients.
Scrubs (NBC): Repeat of My Lucky Night with guest star Scott Foley is a Cast Favorite episode.

The Amazing Race 9 (CBS): A team is lead astray by another team and computer crashes cause teams to be delayed at an airport.

The Shield (FX): The 90 minute season finale is tonight where Vic tries to get Lem out of the country, Dutch files for a transfer and Kavanaugh tries to get Vic arrested for harboring a fugitive. Repeat again right after.