Tonight on the Tube: Smallville, CSI, Without a Trace, Earl, Office and The O.C. 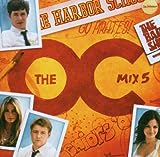 Smallville is finally back with a new episode tonight and with no college basketball until Saturday there is a new CSI and Without a Trace. That is a very good three-hour primetime lineup and what I will most definitely be watching. What will you be watching? Earl, Office and O.C. will have to be recorded and watched later. With all the new shows and new episodes of old shows the DVR sure has been working overtime this week.

Smallville (WB): Lex is on a quest to find Prof. Fine while a seductress learns of Clarkâ€™s powers.

CSI: Crime Scene Investigation (CBS): A re-examining of the evidence is in order tonight to figure out which sibling is telling the truth in a high profile murder trial.

Without a Trace (CBS): Martin is confronted about his behavior while investigating the case of a missing bike messenger.

Will & Grace (NBC): Britney Spears guest stars.
The Loop (FOX): It is new but that is about it.

My Name Is Earl (NBC): Earl once scarred a young kid by hiding under his bed making him afraid of the dark.
The Office (NBC): It is Michaelâ€™s birthday and to celebrate he takes the whole office ice-skating.

ER (NBC): Neela gets some troubling news from her in-laws. Starts a minute before the hour and runs 61 minutes.

Extreme Makeover: Home Edition (ABC): After the storm in Florida, a kidâ€™s baseball field, a soup kitchen and a dream wedding.

The O.C. (FOX): It looks like Marissa and Summer are going to end up being sisters. Should be fun.

Primetime (ABC): Crime confessions are made.

Mrs. Doubtfire (ABC Family): Robin Williams dresses up like a woman so he can be near his kids after his divorce, quite a funny little movie. Runs three hours.

ESPN has the final game of the NIT basketball tournament followed by the college slam-dunk competition and 3-point shootout. ESPN2 has first round coverage of the LPGA Kraft Nabisco Championship. TNT has some NBA action with the Phoenix Suns at the Indiana Pacers in the first game followed by the San Antonio Spurs at the Los Angeles Lakers in the second game.

Next: American Idol: The 9 Remaining after the Vote on Season 5