Tonight on the Tube: The Final Four

Jason the TVaholic Apr 1, 2006 Tonight on the Tube 0 comments 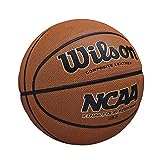 This is Tonight on the Tube #200. That is two hundred straight days of posting picks for what to watch each night on TV. It has been fun and only 165 more to make it a year straight. As for tonight I will be rooting for George Mason and UCLA today. George Mason because they are the big underdog and UCLA because they are a PAC-10 school but I am not sure who I would root for in the final game if these two teams both one. Probably George Mason just because how great a story it would be. Who do you want to make it to the final?

NCAA Final Four Games (CBS): George Mason takes on Florida in the first game and then UCLA plays LSU for a chance to play for the national title on Monday night. The first game starts at 6:00 p.m. Eastern. Who do you think will be playing Monday?

The Ring (ABC): Naomi Watts investigates weird videotape and the bizarre effects of watching it.

Lost (ABC): Repeat of this past Wednesdayâ€™s episode. This episode actually held up to the hype of the ads for it. Get a second look at the map on the wall and other happenings on the island.

Law & Order: Special Victims Unit (NBC): Repeat where a baby is found in the trash and Benson and Stabler set out to find out who did it.

Emeril Live (Food Network): Get some ideas for what types of food to serve during a baseball party.

Well other than The Final Four there are some other sporting events to check out. ABC has MLS soccer. NBC has third round coverage of the BellSouth Classic golf tournament. ESPN has the college basketball Slam Dunk and 3-point contests followed by the Miami Heat versus the Cleveland Cavaliers early in the day. ESPN2 has third round coverage of the Kraft Nabisco Championship womenâ€™s golf tournament with Michelle Wie in second place going into today and later tonight has an MLS soccer match.

Saturday Night Live on NBC is a repeat with host Scarlett Johansson and musical guest Death Cab for Cutie. MADtv of FOX is also a repeat with guest Michael Rapaport participating in sketches