Jason the TVaholic Apr 4, 2006 Tonight on the Tube 0 comments 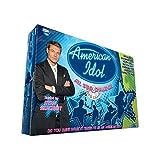 The new show Pepper Dennis debuts tonight in the second hour of primetime on The WB after Gilmore Girls. That is a tough timeslot with House, The Unit, Scrubs and the soon to be moving Veronica Mars. Tonightâ€™s Veronica Mars is a repeat of last weekâ€™s show. I thought that it was moving this week but not quite yet as a new episode airs in the normal slot tomorrow. What will you be watching?

House (FOX): A young patient who lives in a â€œcleanâ€ room after a heart transplant becomes sick due to an allergic reaction.

Law & Order: Special Victims Unit (NBC): This looks like the episode where they send Mariska Hargitayâ€™s character off the program for a bit while she is pregnant and her character is not.

NCIS (CBS): The team investigates the death of a Marine found frozen in a lake.

The Unit (CBS): The team carries out an assassination in Spain and must scramble to get out of the country.

CSI: Miami (CBS): Repeat where a man is murder at a hip club while learning how to pick up women.

Gilmore Girls (WB): The girls are back after a few weeks off. It seems like they have repeat practically the entire season over the last few weeks.

Scrubs (NBC): J.D. tries to spend more time with Turk. Jordan is forcing Dr. Cox to double date.
Teachers (NBC): The first episode last week was pretty bad. It could only get better but probably wonâ€™t.

Boston Legal (ABC): Repeat where Deniseâ€™s housekeeperâ€™s kid is kidnapped. Brad and Denise go a little overboard trying to get him back.

Thief (F/X): The second of this six part series. Nick prepares for his wifeâ€™s funeral while planning his next job. Runs 65 minutes.

ESPN has the NCAA Womenâ€™s College Basketball Championship game with Maryland playing Duke for the title.