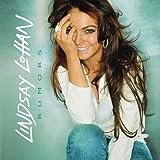 Lindsay Lohan hosted Saturday Night Live on April 15th, 2006 with musical guest Pearl Jam. Last week was pretty good and past SNL hosted shows by Lohan were also pretty good. Who doesnâ€™t remember the classic Harry Potter sketch from the last time she hosted. It was hilarious. There was nothing during this episode that will be remembered in the future like that.

So what about the sketches?

Cold Open: CNNâ€™s The Situation Room with Wolf Blitzer is the backdrop for yet another unforgettable opening bit. They played off the recent Bush Administration departures as of late. It did look like it was going to pick up when they went live to the new press secretary played by Lohan as a teenager recently picked for the job who was formerly Chief Justice Robertsâ€™ babysitter. Yet that quickly fizzled as well but thankfully the sketch was over as Lohan hoarsely yelled out â€œLive from New York, itâ€™s Saturday Night.â€

Monologue: This was Lindsayâ€™s third stint hosting the show. As she starts a drunk Easter Bunny comes out played by Kenan Thompson. She talked to the bunny about being a role model for children and how he shouldnâ€™t act this way. It was a clever attempt at making a joke out of the tabloid type stories that are bandied about regarding Lohan herself. It was a clever but the execution just wasnâ€™t all that funny.

Coin Slot Cream Advertisement: This was the first bit of the night to actually get a laugh. It was for a cream for the top of your crack because it gets exposed to the elements due to the present trend of low cut fashions. You donâ€™t want dry burning skin there do you?

Deep House Dish: Kenan once again as D.J. Dynasty Handbag and his side kick Tiara Zee played by Rachel Dratch. She says stupid stuff; he says how boring she is. We get it already. Ooh Wee, SNL for the sake of your show this sketch is BORING! Please send it out to that farm in the country where all the little kidsâ€™ pets go.

TV Funhouse: Cartoon focused on Disney and the Disney vault. Some of the movie titles were pretty funny. Bambi 2002, Jungle Book 3.0: Jungle Blog and Lion King 5 2/3: Simba Sits in for Meredith. Also the kids get a tour of the vault by Mickey Mouse where the kids come across the head of Disney, how Disney â€œratted outâ€ animators as commies and how Disney was a racist by show a clip of a cartoon he only showed at parties. Finding Jim Henson and Kermit tied up down there was funny also. It was over the top as usual but had some really funny moments.

The Oâ€™Reilly Factor: Darrell Hammond played Oâ€™Reilly and had some of the tone of the show down and played up Bill cutting people off and saying, â€œwe will just have to agree to disagreeâ€ and â€œIâ€™ll give you the last word.â€ It just fell flat. It didnâ€™t have the energy that the Hardball sketch does and kind of just plodded along. The one funny bit was Will Forte as Newt Gingrich telling Oâ€™Reilly he needed to â€œread some booksâ€ after he had just mixed up the signing of the treating to end WWI with WWII, the Korean War and when JFK was president.

Chocolate Vesuvius Cake: This chocolate dessert is so good that it prompt outrageous and far out reactions after tasting it. These include smashing chairs over people and basically becoming uncontrollable. When the waitress comes with the check they all say that it really wasnâ€™t that good. I had a similar reaction to this sketch as it was not very good.

SNL Digital Short: Laser Cats: Bill Hader and Andy Samberg think they have come up with a great idea for a filmed bit for the show. They tell Lorne that everyone likes cats and lasers and they have found away to put them together. Lorne doesnâ€™t think it sounds very good. They show him the tape. The tape is story of two guys who use cats that shoot lasers out of their mouths to save a princess. It was mildly amusing. The funniest bit is when they get to the princess played by Lohan and want her to choose between them and then decide that she should just say she slept with both of them. She doesnâ€™t want to have anything to do with it. So they edit in Rachel Dratch as the princess to say the line and then it blinks back to Lohan. It was visually funny but that was about it. My reaction was much the same as Lorneâ€™s at the end of the bit.

Weekend Update: Tina Fey and Amy Poehler started out slow but it picked up a bit with Seth Meyers as Stormy Windbreaker doing the weather. His end of days forecast was pretty funny with the final day being the Sun exploding. Jason Sudeikis coming on as Taylor Hicks, the grey haired soul singer from American Idol, was the best bit of the night. He did a really good impression of him. The part where he just sings gibberish but puts feeling into it was great. Once again the best part of a very week episode of Saturday Night Live.

Debbie Downer Bachelorette Party in Vegas: This sketch along with Deep House Dish needs to be put downer for good.

After Work Drink at a Bar: Three socially inept co-workers go out for a drink after work. They do not know what to do once they get there. The sketch dragged on and when it finally got to the punchline it was very funny.

TCM Movie Archives: They show and old Ann Margaret movie that didnâ€™t do to well as she costarred with Liberace. The attempted joke was about how sexy Ann was and how not into women Liberace was. This sketch ended the show as it begun, flat and not funny.

Saturday Night Live was once again very disappointing. I donâ€™t know what it was but everything just fell flat for me this week. You can count on one hand the number of good episodes this season and still have fingers left.

Next week is a repeat of the Natalie Portman hosted show with musical guest Fall Out Boy. In two weeks they will have a Best of TV Funhouse episode hosted by the AG Duo. That has the potential to be good as TV Funhouse is consistently one of the best parts of Saturday Night Live.

Next: Tonight on the Tube: Alias, Invasion, Bones, Minds, CSI: NY and Heist