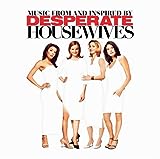 Tonight ABC tries to get you caught up on Desperate Housewives and Greyâ€™s Anatomy with Clip Shows. In an hour for each they will try and get you up to speed on each show. The final episodes of the season will be airing over the next few weeks. I guess this is as good away as any to stretch the number of weeks a show airs. It is better than a rerun any day for sure but if you have been watching these shows will you be watching tonight? You will have already seen everything. The next episode of Lost is also a catch up clip show on Wednesday. They did one of these for each earlier in the season and a couple times last season. ABC must have found that they work pretty well or they wouldnâ€™t keep doing them. What will you be watching on TV tonight?

The West Wing (NBC): The transition from the Bartlett administration to the Santos one continues. Rob Lowe returns.

Law & Order: Criminal Intent (NBC): Two sisters are killed by being wrapped in cocoons and the detectives investigate.

Crossing Jordan (NBC): A woman believed to be a miracle worker is murdered and her case is investigated. Macy helps Lily take a look at her career and relationship.

The Simpsons (FOX): The family tells disaster stories after their plans turn into a disaster.
The War at Home (FOX): Dave and Vicki try to ditch the children when they realize they need a little break from parenting.

Desperate Housewives (ABC): Desperate Clip Show. Get caught up with the goings on of Wisteria Lane so you will be prepared for the last few episodes.

Greyâ€™s Anatomy (ABC): Clip Show. If you have missed anything this season her is your chance to get caught up before the last few episodes.

Charmed (WB): Only a few episodes left until the series finale.

Pepper Dennis (WB): Repeat of the episode from Tuesday night where Pepper has to see the station psychologist after an incident while doing a report.

No other third hour options tonight.

The Next Food Network Star (Food Network): Repeat of last weekâ€™s episode with Paula Deen where the finalists shot their pilots. The other episode from last Sunday plays right before this one.

The Next Food Network Star (Food Network): The winner is announced after the final two cook a meal with Bobby Flay. Who do you think will win? Did you vote?

Thief (FX): Repeat of last Tuesdayâ€™s episode. It was very good. This is one of the best shows this season. It is well worth the time. Runs 62 minutes.

Four more NBA Playoff Games today. The first game is on ABC with the Los Angeles Lakers going and playing the Phoenix Suns. A tripleheader follows on TNT. Before the basketball game ABC has Senior PGA golf with final round coverage of a Champions Tour event. NBC has an NHL Playoff game. CBS has final round coverage of the Shell Houston Open golf tournament. ESPN has Sunday Night Baseball with the Atlanta Braves at the Washington Nationals. OLN has a couple of NHL Playoff games.

AMC continues running The Godfather movies all morning and into the night once again.