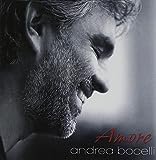 Tonight we heard the Idol hopefuls sing love songs. Andrea Bocelli and producer David Foster helped them this week. Mr. Foster pulled no punches and told them exactly what he thought and tried to point them in the right direction. This included getting Chris to sing while lying down so he could see what it was like to sing with his diaphragm. Chris was surprised at how well it worked.

The judges didnâ€™t really like the song choices this week. I thought they were mostly pretty good. This was another week were I thought that Chris might struggle. He didnâ€™t and had one of the best performances of the night.

So who will end up in the bottom three? I think it should be Taylor, Paris and Kellie with the Pickler heading back home to find someone to â€œplay potteryâ€ with. As has been shown anyone can be sent packing at anytime on American Idol.

Next: Tonight on the Tube: Smallville, CSI, Trace, Chris, Earl, Office and Meet the Parents