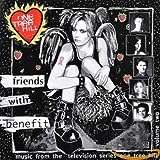 Last night was the season finale of the six-part Thief on FX. Tonight is the season finale of One Tree Hill. It is that time of year as our favorite TV shows come to an end as do the ones we donâ€™t like all that much. In just three short weeks most every show on TV will have had their season finales. Shows like Alias will be having their series finale. What will you be watching on TV tonight?

Alias (ABC): The cure Sloan has been after may kill Nadia. Sydney asks Renee if she would like to work for APO. Page 47 resurfaces and the hunt for Anna continues.

Lost (ABC): Jack and Kate return with Michael and he has info on the Others. Ana Lucia tries to get the prisoner to confess. Runs 62 minutes.

Invasion (ABC): Another storm is rapidly approaching and Russell and Underlay try to work together to find the hybrids and get their families out of town.

House (FOX): Part 2 of 2, which started last night. Dr. Foreman is facing the high likelihood of death so he meets with his father while Dr. House and the team get a little extreme in trying things to save his life.

Criminal Minds (CBS): Some CIA information is leaked putting agents at risk. The BAU team works to find the mole.

CSI: NY (CBS): A man married to two women is found dead and Mac, Stella and Hawkes investigate. In the other case a woman dressed as a mermaid is found near a ferry dock tangled in kelp.

One Tree Hill (WB): Season Finale. Deb tells Dan that it was her that set fire to the dealership with him in it. Peyton and Brooke are having a little trouble after last weekâ€™s revelation. Nathan and Haley remarry.

The Bedford Diaries (WB): Richard pulls some strings to help Katrina while Owen and Natalie try to save the health clinic. Zoe tries out as the school mascot.

Law & Order (NBC): Another leak is being looked for. This time after an undercover cop is killed soon after a newspaper reported her identity.

MythBusters (Discovery Channel): The myth of the exploding pants is looked into.