Jason the TVaholic May 7, 2006 Tonight on the Tube 0 comments 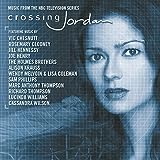 The only season finale tonight is Crossing Jordan, which will be broadcasting the 100th episode of the show. NBC has already announced that it has picked this show up for a sixth season. What night it will be on is not yet known, as NBC will have football on Sunday nights for the Fall. What will you be watching tonight on TV?

The West Wing (NBC): The episode before the final episode. The transition starts.

Desperate Housewives (ABC): The private detective gets the details on Karl and Susan. Tom looks like he is going to get canned.

Greyâ€™s Anatomy (ABC): Derekâ€™s emotions get the better of him. The intern care for a family brought in after a car accident.

Cold Case (CBS): A 1984 shooting is reopened after a witness comes forward.

Crossing Jordan (NBC): Episode #100 is also the fifth season finale. Jordan awakes after a party with a gun in her hand and a dead ex-boyfriend with a bullet in his chest.

The Simpsons (FOX): Marge comes down with a case of amnesia causing her to think she is single.
Family Guy (FOX): Repeat where Brian has a near death experience.

CSI: Crime Scene Investigation (CBS): Repeat of the first of a two-part episode where a car chase leads to a shootout and a dead officer.

CSI: Crime Scene Investigation (CBS): Second of the two-part episode, one of the most powerfully dramatic episodes of the show ever.

Inside the Actors Studio (Bravo): The cast of Law & Order visits with Mr. Lipton.

Thief (FX): Repeat of the sixth episode and season finale from earlier this week. Runs 62 minutes.

ABC has an NBA Playoff doubleheader with the Dallas Mavericks at the San Antonio Spurs followed by the Cleveland Cavaliers at the Detroit Pistons. NBC has an NHL Playoff game. CBS has final round PGA golf coverage. ESPN has Sunday Night Baseball with the San Francisco Giants at the Philadelphia Phillies. ESPN2 has LPGA golf coverage. OLN has another NHL Playoff game.