Tonight on the Tube: Smallville, CSI, Without a Trace, Earl, Office and Chris 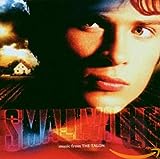 Tonight you will find the season finales of My Name Is Earl and The Office on NBC, Smallville on The WB, Everybody Hates Chris on UPN and American Inventor on ABC. What will you be watching on TV tonight?

Smallville (WB): Season Finale. Brainiac lets loose a deadly virus but wonâ€™t give Clark the vaccine unless he releases Gen. Zod. Lex doesnâ€™t know what to think of his newfound powers. Runs 62 minutes.

CSI: Crime Scene Investigation (CBS): A man thought to have taken the lives of his wife and some of his coworkers barricades himself in a casino hotel room with some hostages.

Without a Trace (CBS): A white girl and a black boy go missing on the same night and Vivian thinks that the media and the FBI will focus on the girl. Jack tries to make that prediction not come true.

ER (NBC): Two U.S. Army officers come to the ER. Pratt has trouble getting the straight story when two young boys a brought in. Runs 61 minutes and starts a minute before the hour.

The Poseidon Adventure (AMC) See the original 1972 disaster flick before the new one hits theaters. Starring Gene Hackman, Ernest Borgnine and Shelley Winters. Runs two and a half hours.

Next: American Idol: Three For the Semi-Final as One Hits the Road on Season Five