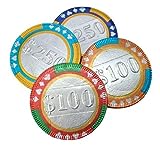 If for some reason you need a night off from your TV then tonight would be a bad choice. Unless you have be watching Last Comic Standing and want to see who won. If that isnâ€™t enough competition for you then check out some pros playing poker on the Travel Channel. If you are a legman then Emerilâ€™s got some live recipes for you. What will you be watching tonight on TV?

Americaâ€™s Got Talent (NBC): New. The last two spots in the finals are filled. Runs 90 minutes.

House (FOX): Repeat. A teenage faith healer is brought into the hospital for the team to treat.

Criminal Minds (CBS): Repeat. The alibi of a father whose daughter has gone missing checks out and the BAU team searches the girlâ€™s neighborhood for clues to find her.

CSI: NY (CBS): Repeat. A helicopter carrying an organ for transplant is hijacked and the team must find it before it is too late.

Blade: The Series (Spike): New. A sacrifice is made. Episode plays twice.