Was Everwood Picked Up for the 2006 Fall Primetime Schedule? Plus Other Fall TV Show Questions Answered 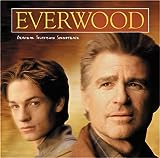 Many a TV fan out there is trying to find out if some of their favorite shows from last season will be back for the 2006 fall primetime schedule. Well I have â€¦

Some Good News for Fans of These Returning Shows

Is 7th Heaven really back for another season?
Yes, it really is coming back for an 11th season that will begin Monday Sept. 25th. The show should have ended in my opinion with last season. It will be interesting to find out how they deal with all the women on the show being pregnant with twins. Do you think this show should have been brought back?

comes out on DVD on Sept. 5th.

Will the TV show NCIS be on this fall 2006?
Yes, NCIS will again be leading off Tuesday night this fall for CBS beginning Sept. 19th. The Unit and the new series Smith will follow it.

Is Close to Home on CBS coming back in the fall?
Yes, Close to Home will be back this fall. Once again you will find it Friday nights starting on Sept. 22nd sandwiched between the less than stellar Ghost Whisperer and the really good Numb3rs on CBS.

And Some Bad News for Fans of These Cancelled Shows

Did any network pick Invasion up for a second season?
Unfortunately, no other network picked up Invasion, which was a very good show. There were rumors that maybe the new CW would pick it up or maybe Sci Fi Channel but alas none of them came true. However you can now see William Fichtner (Sheriff Tom Underlay) on FOX in the new season of Prison Break as the FBI agent tracking down the escapees and soon you can see Eddie Cibrian (Russell Varon), also as an FBI agent, on the new FOX show Vanished. You may also see Kari Matchett (Mariel Underlay) in the series Heartland if TNT picks it up. The Invasion complete series

recently came out on DVD.

Has the TV show Surface been saved on NBC?
No, unfortunately we wonâ€™t get to see anymore of Lake Bell swimming with a dangerous new species. Well at least not in this show. The Surface complete series

also recently came out on DVD.

Was Everwood picked up for the 2006 fall primetime schedule?
No it was not. They renewed, the not as good and should of ended last season, 7th Heaven instead. Although look for Treat Williams (Dr. Andy Brown) in the similarly themed new TNT series Heartland if it gets picked up. Also look for Chris Pratt (Bright Abbot) in a multi-episode story arc on The OC this season and Debra Mooney (Edna Harper) in the upcoming Lifetime original movie The Mermaid Chair based on the popular novel

. You can get the first season of Everwood on DVD

but do to lackluster sales of the set you probably wonâ€™t be seeing anymore of the series on DVD anytime soon.

Do you have a question about the 2006 fall primetime schedule or anything else about TV? Then check out the Ultimate Guide to the 2006 Fall TV Schedule, Ask the TVaholic or leave a comment.

Previous: Who Plays Kandi on Two and a Half Men and Other TV Character Questions Answered

Next: Tonight on the Tube: Kyle XY Marathon, Prison Break and The Closer