Jason the TVaholic Sep 9, 2006 Tonight on the Tube 0 comments 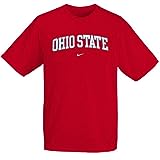 At least for the fall there will be primetime college football action to look forward to each week as repeats and Cops is really not my cup of tea. For a look at what will be on the rest of the week during the fall check out the Ultimate Guide to the Fall 2006 TV Schedule. Find links to primetime schedule grids, video previews and much more.

Saturday Night Football (ABC): Tonight the #1 and #2 teams in college football go at it with Ohio State taking on Texas. Kickoff is at about 5:00 p.m. Pacific and runs about 3 hours.

Dateline NBC (NBC): New. The story of Ladder Company No. 6 and what happened to then on Sept. 11th is told.

Chef and the Architect (Food Network): New. A chef and her architect husband design a dream kitchen.

Spike has six-episode mini-marathon of Blade: The Series today.

Previous: Tonight on the Tube: Fashion Rocks, What Not to Wear and Stargates

Next: Tonight on the Tube: Sunday Night Football, The Simpsons and Three Moons