Tonight on the Tube: The Office, Greyâ€™s Anatomy, Shark and MLB Playoffs

Jason the TVaholic Oct 5, 2006 Tonight on the Tube 0 comments 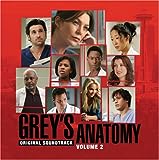 A little late today with this post because my Internet connection was down. I hate it when that happens. Well tonight has a little of everything: a power play, a lost book, a missing wife, a sick superhero, singing dead people, a donut throwdown and baseball playoffs.

My Name Is Earl (NBC): New. Earl heads off to make up for #91 on his list after he sees Catalina giving another maid a facial.
The Office (NBC): New. Michael gets in trouble for having a Movie Monday and Angela thinks that Dwight should go after Michaelâ€™s job while he is not looking so good.

Greyâ€™s Anatomy (ABC): New. Cristina tries to help Burke deal with his hand tremors while Izzie tries to return to the hospital for the first time since she quit.

Shark (CBS): New. It looks like the husband did it but did he?

Smallville (The CW): New. Clark comes down with his first ever cold after cleaning up the mess left by Zod.

CSI: Crime Scene Investigation (CBS): New. Dead bodies in the morgue give voice to what happened to them.

Six Degrees (ABC): New. Laura gets a video that causes her to doubt her dead husband while Caseman is told to separate work from romance.

What will you be watching tonight on the tube?

Previous: When will ABC Family start showing Wildfire again? And More of Your TV Questions Answered

Next: Tonight on the Tube: Greyâ€™s Repeat, Men in Trees, Numb3rs and MLB Playoffs