Tonight on the Tube: Greyâ€™s Repeat, Men in Trees, Numb3rs and MLB Playoffs

Jason the TVaholic Oct 6, 2006 Tonight on the Tube 0 comments 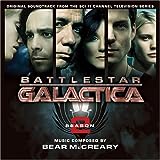 The NBC show Heroes replays the second episode, â€œDonâ€™t Look Back,â€ tonight on Sci Fi Channel before a new Doctor Who and the season premiere of Battlestar Galactica. The latest Nip/Tuck and House episodes replay late tonight on FX and USA respectively. The Minnesota Twins try to get back into their series while in the other ALDS game someone tries to get a game up. Who do you think will end up in the ALCS?

Greyâ€™s Anatomy (ABC): Repeat. Last nightâ€™s episode replays where Cristina tries to help Burke deal with his hand tremors while Izzie tries to return to the hospital for the first time since she quit.

Men in Trees (ABC): New. A record heat wave hits town and Marin becomes attractive to Jack when she inquires of him how to help a raccoon that may have gotten sick from eating her energy bars.

Numb3rs (CBS): New. Don and the team investigate a possible insurance scam win an expensive painting is stolen from a museum.

Deal or No Deal (NBC): New. I was really looking forward to the return of Crossing Jordan in this timeslot in a couple of weeks but that is not going to happen now. Look for a new game show hosted by Bob Saget called 1 vs. 100 soon.

Close to Home (CBS): New. Annabeth prosecutes a man for attempting to murder a young neighbor when she learns there is more to the story.

Law & Order (NBC): New. The detectives believe faulty wiring was the cause of an explosion that killed a little girl but proving it proves to be difficult.

What will you be watching tonight on TV?

Previous: Tonight on the Tube: The Office, Greyâ€™s Anatomy, Shark and MLB Playoffs

Next: Tonight on the Tube: MLB Playoffs, Saturday Night Football and Emeril Live