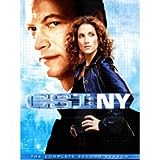 Tonight the Food Network tries to help you with some ideas for tailgating when going to the big game or making some tasty treats at home when watching it on TV. In other TV news The Nine lost a lot of the Lost audience last week. A lot less people watched the second episode than the first. Unbelievably Dateline NBC came in second place in that time period behind CSI: NY. Dateline got better ratings than any showing of Kidnapped got in that timeslot. Starting November 15th NBC will return Medium to the airwaves to that timeslot. I wonder how it will do against CSI: NY and The Nine. I wonder if The Nine will still be around by then. The third hour of primetime on Wednesday night may just not be a place for any type of serialized TV story telling. Heist faded quickly last season on NBC in that slot. What do you think about Wednesday night TV?

Jericho (CBS): New. The utilities come back on and a recorded message from Homeland Security is received leaving people to believe things might get back closer to normal.

Lost (ABC): New. Find out what happened after the hatch implosion and Hurley returns with news of what happened to Jack, Kate and Sawyer.

CSI: NY (CBS): New. A young woman who wants to become a SuicideGirl gets killed after she gets to perform at one of their shows.

30 Rock (NBC): New. The new boss is forcing Liz to make changes to her show while the writing staff figures out how to deal with Tracy.
20 Good Years (NBC): New. Somebody please tell them that louder doesnâ€™t necessarily mean funnier.

Criminal Minds (CBS): New. The BAU team is on the trail of a serial rapist. Elle makes a decision that could have an impact on her career. Which would make since because Lola Glaudini is leaving the show.

The Nine (ABC): New. Kathryn is having trouble dealing with the aftermath of the bank robbery even though it doesnâ€™t show in her performance at work.

Hustle (AMC): Repeat. Mickey starts to fall for a mark and it may muck things up for the team. Runs 75 minutes.

What is your favorite Wednesday TV show? Leave your answer in the comments.

Next: What shows from 2006 Fall TV have been cancelled? And More of Your Questions About TV