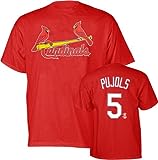 Good news if you are an Ugly Betty fan as ABC has picked the show up for the entire season. Did you miss 30 Rock last night or the â€œPilotâ€ episode the week before? Well tonight you can catch both of them on Bravo before Project Runway.

My Name Is Earl (NBC): New. While Joy is doing community service, Earl runs into number 50 on his list and while fixing that one he runs into number 51. I think last weekâ€™s episode might have been the best one yet.
The Office (NBC): New. Ryan goes out on his first sales call with Dwight and learns that there is more to it that he thought.

Greyâ€™s Anatomy (ABC): New. Derek finds out more about his wife and his best friend Markâ€™s relationship while the interns take to defending a resident at a competency hearing. Runs 61 minutes.

Shark (CBS): New. Shark goes all Law & Order this week and rips one from the headlines. A football player is accused of rape along with two of his teammates.

Smallville (The CW): New. Lois sees the Green Arrow steal a necklace from Martha that had a rare diamond in it while Clark finds out who the Green Arrow really is. Lex puts Lanaâ€™s loyalty to the test.

CSI: Crime Scene Investigation (CBS): New. A woman is murdered in a church and the investigation unveils a weird love triangle, which could lead them to the perp.

Six Degrees (ABC): New. Damian lets loose with what he knows about Mae while Mae is preparing to skip town and Caseman gets a chance to show he can be a father again.

What is your favorite Thursday night show? Are you a Greyâ€™s or CSI or both watcher?