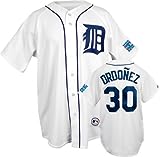 Kidnapped begins its run on Saturday night tonight. The World Series also begins tonight on FOX with the Detroit Tigers having home field advantage. Who do you think will take the series? I think it has the potential to be a 6 or 7 game series.

Dateline NBC (NBC): New. The case of an execution style murder in 2004 is discussed with the victimâ€™s ex-wife.

Kidnapped (NBC): New. King thinks that something is wrong as his friend Virgil is about to go into surgery while Knapp goes undercover to find out some info on the type of bullet that shot Virgil.

Law & Order: Special Victims Unit (NBC): Repeat. A woman thinks that her husband may be abusing their son and the detectives investigate.

The Bourne Identity (CBS): Released 2002. Matt Damon as the spy who has lost his memory and sets out to find out who he is while dodging those that donâ€™t want him to. Runs 2Â½ hours.

Steven Wright: When the Leaves Blow Away (Comedy Central): New. Steven Wright is always very funny with his observations and his delivery.

The Secret Life Of â€¦ (Food Network): New. Find out some secrets about Halloween.

What do you like to watch on TV on Saturday? Or do you tend to Netflix?

Next: Tonight on the Tube: Desperate Housewives, Brothers & Sisters, Heroes and Game 2 of the World Series