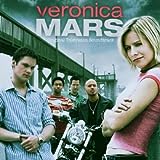 The first two shows in the Prime Picks are two shows that you should check out if you havenâ€™t got a chance yet. Friday Night Lights is a very good family drama and captures small town life in Texas quite well. Even if the idea of a whole town living and dying with every win and loss sounds bizarre to many, donâ€™t let that keep you away from this wonderful show. Veronica Mars is another great show that not enough people seem to be watching. The stories and mysteries are always very well down. The viewer can jump in at anytime, as each episode is somewhat self-contained with the mystery of the week. After a couple of episodes under your belt you will get enough of the dynamic and be able to really enjoy the show. If you arenâ€™t watching either of these shows then why not? What is keeping you from tuning in? Let us know by leaving a comment.

Friday Night Lights (NBC): New. The team is heading into a game against its biggest rival and Coach Taylor must put together a winning strategy. While some of the team is planning to retaliate against the other school after they strike first during rivalry week. Jason Street is surprised by what he sees at the rehab center and starts to think that maybe he can get better.

Veronica Mars (The CW): New. Logan is told that his inheritance is starting to run low and gets Veronica to look into his finances to see why that might be. Keith is hired by a woman to investigate her husband who may be cheating.

Boston Legal (ABC): New. Coho and the rest of the team try to fix the damage caused by their clientâ€™s father on the stand.

Gilmore Girls (The CW): New. Something stinks in Stars Hollow and Lorelai shows up to Friday dinner with Christopher to the delight of Richard and Emily.

The Unit (CBS): Repeat. The team is trying to track down some missiles before they are sold on the black market.

Criminal Minds (CBS): Repeat. A group of college students are murder and it looks like it might be a ritual killing of some sort. The team investigates.

Dead Like Me (Sci Fi): Repeat. The second of two episodes has the reapers running around on Halloween taking souls as a serial killer stalks the town.

Nip/Tuck (FX): New. Sean moves up a scheduled surgery based on a secret from his childhood that makes him determined to do it. Runs 64 minutes and plays twice.