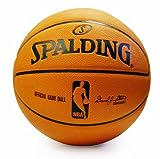 Happy Halloween. Many a show is Halloween themed tonight. Things you will want to see include: Abbyâ€™s costume on NCIS, a patient stand up to House, Veronica get robbed but not for long, wacky happenings on Boston Legal and Friday Night Lights if you didnâ€™t watch it last night on NBC. Also this is the first night of the new NBA Basketball season. There are two games tonight on TNT. The rest of the teams get things started tomorrow night. Seems as though it wasnâ€™t that long ago that I was watching the Miami Heat win the NBA Finals and tonight they will be receiving their rings. Time sure flies when you watch a lot of TV.

NCIS (CBS): New. The team investigates after a Marine gets attacked in his home and the perpetrators take his daughter on Halloween.

House (FOX): New. The case this week involves a married couple that has similar symptoms. At the clinic a walk-in patient stands up to House.

Boston Legal (ABC): New. Denise is looking for her fiancÃ© after she receives some bad news while Alan tries to help Jerry Espenson once again. Coho is sued for defamation stemming from the murdered judge case he won last week.

Standoff (FOX): New. A boy takes hostages at a hospital in an attempt to force the hospital to perform surgery on his sister. Unfortunately the surgeon is out of town and the negotiators must talk him out.

Veronica Mars (The CW): New. It is Halloween and the underground casino on the Hearst campus gets robbed. The Dean wants to hire Keith to find the biological parents of Mindyâ€™s son.

Law & Order: Special Victims Unit (NBC): New. Benson is still undercover in Oregon and ADA Novak has called upon her to testify in a rape trial.

Nip/Tuck (FX): New. Sean offers to give some input on a surgical leg-lengthening procedure while Liz wants to go under the knife at the request of her new girlfriend. Runs 66 minutes and plays twice.

What looks good to you this Tuesday night?