Tonight on the Tube: The Office, Greyâ€™s Anatomy, Shark and Thanksgiving on the Food Network

Jason the TVaholic Nov 9, 2006 Tonight on the Tube 0 comments 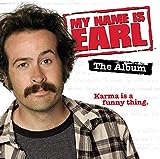 The ABC show Six Degrees has been pulled from the lineup and put on hiatus. This is never a good sign for a show but as of now it has not been cancelled and may return next year. Tonight you will find a repeat Desperate Housewives in its place. In the future it looks like Men in Trees, which will move from Friday, will fill the vacancy. That would give you a pretty fun Thursday night lineup on ABC with Ugly Betty, Greyâ€™s Anatomy and Men in Trees. It also looks like ABC will be giving Men in Trees more than just a cushy new timeslot and will pick up the show for the rest of the season. What do you think of this move? Are you happy for Men in Trees? Sad that Six Degrees has been put on hold? Let us know.

My Name Is Earl (NBC): New. Earl gets a little help from Catalina with number 75 on his list.
The Office (NBC): New. People ponder how their lives will change with the closing down of the Scranton Branch while Michael tries to keep everyoneâ€™s moral up.

Greyâ€™s Anatomy (ABC): New. A few of the guys from the hospital head out on a camping trip while Callie teams up with Addison to help a patient and Bailey questions Cristina about her recent actions. Runs 61 minutes.

Shark (CBS): New. Sebastian and the team are trying to convict in the case of a murder that bares a similarity to a case he lost 15 years ago and he hopes it will help to get that guy out of jail.

Smallville (The CW): New. Clark finds that Green Arrow was shot while trying to help during a carjacking while Lana learns a secret that may change her relationship with Lex.

Previous: What Happened to Kidnapped on NBC? And More of Your TV Show Questions Answered

Next: Tonight on the Tube: Vanished, Men in Trees, Numb3rs, Las Vegas and Battlestar Galactica