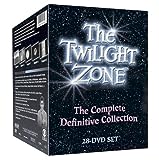 Happy New Year’s Eve! Can you believe that 2006 is almost over? The last year really flew by. There are many ways to ring in the New Year tonight on the tube. There are also a whole lot of TV marathons during the day and of course NFL games to be watched. The best of the New Year’s Eve TV Marathons are Ugly Betty on ABC Family, Entourage on HBO, Seinfeld on TBS, Law & Order: Special Victims Unit on USA and the biggest of them all Twilight Zone on the Sci Fi Channel, which doesn’t end until Tuesday morning. See a pretty complete listing of marathons that can be found on TV today below and come back tomorrow for a list of New Year’s Day TV marathons. What TV marathon might get you in front of the tube today?

Desperate Housewives (ABC): Repeat. Susan finds out that Mike has come out of his coma while she is away with Ian. Tom continues to chase his dream.

Cold Case (CBS): Repeat. A photo of an overweight woman being forced to drink at a fraternity party turns up and gives the detectives some new direction to reopen the case.

Without a Trace (CBS): Repeat. The team searches for a missing columnist and are unsure what to make of items found in her apartment.

When Harry Met Sally (Oxygen): Released 1989. Billy Crystal and Meg Ryan in the classic romantic comedy that comes to a climax on New Year’s Eve. It runs two hours and plays twice tonight.