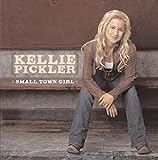 Tonight most everything on the networks is a repeat. ABC and The CW are all repeats. CBS has a new Survivor: Fiji with the rest of the night in repeats. NBC has new episodes of Scrubs and 30 Rock while everything else is repeats, which includes a second chance at The Black Donnellys premiere episode from Monday. FOX is all new episodes with the American Idol results show and an hour long Are You Smarter Than a 5th Grader?

Scrubs (NBC): New. A patient has lost their memory and the staff looks back on their pasts while trying to help.
30 Rock (NBC): New. LL Cool J guest stars as a hip-hop producer who Jack wants to endorse his families wines. This show will be taking a break in a couple of weeks. Starting March 15th, the new Andy Richter vehicle, Andy Barker, P.I., will fill in for a few weeks.

The Black Donnellys (NBC): Series Premiere. This is a new show from writer/producer/director Paul Haggis. He has been behind such movies as Crash

. He takes another stab at television with a story about a group of Irish American brothers who are involved in mob activity in their neighborhood and live by the motto of â€œfamily first.â€ Episodes normally air in the last hour of primetime on Monday nights.

My Name Is Earl (NBC): Repeat. Earl does #91 on his list after seeing Catalina give a fellow maid a face wax.
The Office (NBC): Repeat. The â€œBranch Closingâ€ episode from earlier this season replays.

Are You Smarter Than a 5th Grader? (FOX): New. It will be interesting to see if the show has a better flow in the hour long format than in the half hour format we have seen the last couple of nights.

Shark (CBS): Repeat. Jami Gertz guest stars as a married woman who says she shot her lover in self-defense after she ended the affair. This episode had some pretty good twists.

Iron Chef America (Food Network): Repeat. This is a replay of the episode from last Sunday where Iron Chef Bobby Flay squared off against Chef Lynn Crawford with secret ingredient peanuts.

Throwdown With Bobby Flay (Food Network): Repeat. A chowder battle is waged.
Ace of Cakes (Food Network): New. Watch as Duff and his staff make a cake for the Baltimore Fire Department.