Tonight on the Tube: American Idol, Scrubs, 30 Rock and a Whole Bunch of Repeats.

Jason the TVaholic Mar 8, 2007 Tonight on the Tube 0 comments 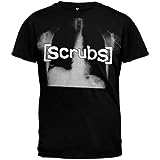 Everything is a rerun tonight on ABC, CBS, The CW and NBC, except Survivor: Fiji on CBS and Scrubs and 30 Rock on NBC. FOX has a new American Idol results show followed by another excruciatingly slow moving new episode of Are Your Smarter Than a 5th Grader?

American Idol (FOX): New. Tonight we find out who makes the Top 12. Who do you think it will be? I have a bad feeling that at least one and probably both Sanjaya and Antonella make another week. Carrie Underwood

Scrubs (NBC): New. A Pvt. Dancer is told that he cannot return to the military due to his injuries. Runs 31 minutes.
30 Rock (NBC): New. Nathan Lane guest stars as Jackâ€™s brother and Liz needs to cut some staff at the show. The show takes a few weeks off starting next week, so NBC can give former Conan cohost Andy Richter and his new show Andy Barker, P.I. a shot.

My Name Is Earl (NBC): Repeat. Earl runs into both 50 and 51 on his list while Joy is doing community service.
The Office (NBC): Repeat. â€œThe Mergerâ€ episode replays where the Scranton and Stamford branches merge.

Greyâ€™s Anatomy (ABC): Repeat. The â€œStaring at the Sunâ€ episode replays where Meredith wants to be more positive and Derek and Addison have agreed to be civil to each other.

Men in Trees (ABC): Repeat. â€œThe Buddy Systemâ€ episode replays. The show will be taking a couple of weeks off starting next week, so ABC can try and kick start a new show called October Road in the post Greyâ€™s Anatomy timeslot.

Emeril Live (Food Network): Repeat. Emeril gets crabby, but in a good way.

Iron Chef America (Food Network): Repeat. Sundayâ€™s episode with Iron Chef Mario Batali taking on a challenger where both have a mixologist teamed with them. The secret ingredient was Mango, which had to be in both the food and the drinks. Each drink was to complement the dish it was served with.

Previous: How Did the Eight Remaining Men Do on American Idol Season 6?

Next: How Did the Remaining Eight Women Do on American Idol Season 6?