Jason the TVaholic Mar 9, 2007 Tonight on the Tube 0 comments 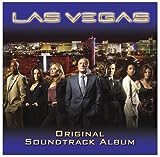 Wow, who would of thought that a Friday night would have the most shows with new episodes this week? ABC has a new 20/20. CBS has a new Close to Home and Numb3rs. The CW has a new two hours of WWE Friday Night SmackDown! FOX has a repeat of The Wedding Bells series premiere, which if you didnâ€™t watch the sneak peek on Wednesday after American Idol is new to you. NBC has a new 1 vs. 100 followed by the season finale of Las Vegas. They may not be the greatest shows, but at least they have new episodes, which have been hard to come by this week. Anything look good to you tonight?

Greyâ€™s Anatomy (ABC): Repeat. The episode where the nurses go on strike and George stands in solidarity with them.

Las Vegas (NBC): Season Finale. This show has been renewed for another season. It is also taking an early ending this season, as this in only the 17 episodes. With a 13 episode order for next season the show will hit the magic number for syndication of 100 episodes, funny how that works out. James Caan and Nikki Cox will not be back next season. As for this season ending episode, Mike is looking for Sam who has been kidnapped and Delinda may be pregnant.

Numb3rs (CBS): New. A murder looks to be connected to voter-fraud. Charlie uses his math wizardry to see who may benefit most from the false outcome.

House (FOX): Repeat. House doesnâ€™t want to treat a cyclist because he thinks he has been using performance enhancers.

The Wedding Bells (FOX): Repeat of Series Premiere. This show debuted on Wednesday night after American Idol. This will be its regular timeslot. It is the story of three sisters who have inherited their parentsâ€™ wedding planning business. It is from David E. Kelley, the guy behind Boston Legal and past shows like Ally McBeal, Boston Public and The Practice. This episode was a bit disjointed, but also kind of fun. Once they are a few episodes into it and you have gotten to know the characters, a show set amongst weddings is a great backdrop for comedic and dramatic storytelling.

Law & Order (NBC): Repeat. The episode where Chevy Chase plays a famous person pulled over for drunk driving and then goes off racially is replayed.

Monk (USA): Repeat. The â€œMr. Monk and the Actorâ€ episode replays where and actor gets in the way of a case as he takes on the persona of Monk for his part.

TLC has 18 straight episodes of What Not to Wear, which includes a new episode that plays in its regular timeslots.

Previous: Where is Men in Trees filmed? And, Has it Been Cancelled? Plus More TV Questions Answered

Next: Tonight on the Tube: Emeril Live, Robin Hood and McBride