Tonight on the Tube: NCIS, The Unit, Dirty Jobs and a British Invasion on American Idol 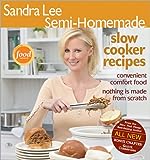 My computer has gone kaput on me and I am having to create this post from a foreign machine. It seems my CPU has essentially processed it’s last unit. Hopefully, I can rectify the situation soon. The worst part of it is that I use my computer as my DVR

. It is great having your computer play TiVo for you. Until your computer doesnâ€™t want to play anymore. At least my TV still works, so I will be able to take in a few things and revert to the old school VCR for recording purposes. Technology is great until it turns into tech-NO-logy. At any rate, here are few picks for your viewing pleasure.

NCIS (CBS): New. A Marine is left for dead and while he is in the hospital on life support the team tries to track down what happened to him.

Boston Legal (ABC): New. Megan Mullally (Will & Grace) guest stars as a former ex of Alan is accused of murder after being found standing over the body in her blood soaked wedding gown holding the murder weapon. She says she didnâ€™t do it.

American Idol (FOX): New. The 11 remaining contestants sing song from the 1960s British-pop invasion. Lulu and Peter Noone will be working with them this week. Runs two hours.

CSI: Crime Scene Investigation (CBS): Repeat. An LVPD officer is shot in the line of duty and it may have been friendly fire.

Chefography (Food Network): Repeat. Find out all about Paula Deen.

Dirt (FX): New. Julia has a past indiscretion end up on the web. Runs 63 minutes and plays twice.

Next: How Did the Top 11 Do on American Idol Season 6?