Tonight on the Tube: Falcon Beach, How I Met Your Mother, 24 and Thank God Youâ€™re Here

Jason the TVaholic Apr 9, 2007 Tonight on the Tube 2 comments 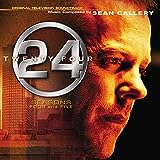 The ABC Family summer series Falcon Beach premieres its second season tonight right before a repeat episode from the first season of Kyle XY. If you canâ€™t catch them, you can watch full episodes online at the ABC Family website. For a more portable viewing experience, you can download Falcon Beach and Kyle XY episodes at iTunes. In other premiere news, the new sketch comedy show Thank God Youâ€™re Here begins tonight with two episodes on NBC. Also, tonight is the return of The King of Queens to the Monday night comedy lineup on CBS with the first of its final seven episodes.

How I Met Your Mother (CBS): New. Barney takes over the planning of Marshallâ€™s bachelor party and ends up ruining it.
The New Adventures of Old Christine (CBS): New. Christine has a little email trouble and almost gets Mr. Harris fired from Ritchieâ€™s school.

24 (FOX): New. Find out what the president has planned with his launching a nuclear strike on the unnamed country of Fayed, who has been captured by Jack.

CSI: Miami (CBS): New. A murder victim was scalped and the owners of a Native American casino are thought to be behind it.

House (FOX): Repeat. House goes without his pain pills for a week in exchange for getting out of clinic duty and the rest of the team thinks the â€œDetoxâ€ is affecting his analytical skills.

Two and a Half Men (CBS): New. The wedding of Alanâ€™s ex, Judith, to Herb is almost here and Charlie as taken a liking to Herbâ€™s funny sister.
The King of Queens (CBS): New. Carrie tells Doug that Deacon and Kelly could afford a second home and he believes her. This is the first of the final seven episodes.

Thank God Youâ€™re Here (NBC): New. The improvers in the second of two episodes tonight are Moâ€™Nique, Edie McClurg, Richard Kind and Kevin Nealon. In the series premiere that plays at the same time as Two and a Half Men, Jennifer Coolidge, Bryan Cranston, Joel McHale and Wayne Knight have a little improve fun. The basic premise is that there is a scene that is set and a person put in a costume and sent into the scene, but they have no idea what they are about to walk into and have to make it work and be funny. Based on an Australian show. David Alan Grier hosts and Dave Foley is a judge of how things went for each of the nightâ€™s improv players.

Kyle XY (ABC Family): Repeat. Kyle is â€œSleepless in Seattleâ€ and no one can figure out why. New episodes begin this summer. Plays again later. The second season premiere of Falcon Beach plays right before.

The Riches (FX): New. Wayne is quickly finding out what his job is all about and has to clean up a shady deal in the process. Dahlia finds a way to pass the time in Eden Falls. Runs 64 minutes and plays twice.

Previous: Tonight on the Tube: Desperate Housewives, Brothers & Sisters, The Sopranos and Entourage

Next: New TV on DVD: The Batman, The Untouchables and More