Tonight on the Tube: American Idol, House, The Unit, and The Shield 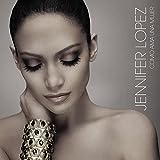 While it is still a while before we get new Veronica Mars episode, Gilmore Girls returns with a new episode next week. Also, next week, the new show Notes from the Underbelly, which premieres after Greyâ€™s Anatomy on Thursday night, will debut in its regular timeslot in the second half of the first hour of primetime. Jennifer Lopez is the coach on tonightâ€™s episode of American Idol. What kind of advice do you think she will give? How long do you think Sanjaya will last?

NCIS (CBS): New. A person who McGhee based a character on in his new book gets killed and he must find out how they got a copy of his manuscript.

House (FOX): New. Cuddy and House are on a plane heading back from Singapore when people start getting sick. As it starts to get worse, House must figure out what is causing the violent illness to spread.

Boston Legal (ABC): New. Alan and Denny defend a guy who tried to help his brother by obstructing justice, while Denny is trying out the power of positive thinking.

The Unit (CBS): New. Some government officials and foreign nationals are taken hostage but their captors have no demands.

Criminal Minds (CBS): Repeat. The team starts to suspect that two killers are working as a team in this replay.

John Ratzenbergerâ€™s Made in America (Travel Channel): New. Check out the Fuller Brush Company and Morton Salt.
Throwdown With Bobby Flay (Food Network): Repeat. Get another chance to see the cheesecake battle replay.

The Shield (FX): New. Vic is using all means at his disposal to find Lemâ€™s killer. Runs 66 minutes and plays twice, but with a replay of last nightâ€™s episode of The Riches in between them.

Previous: New TV on DVD: The Batman, The Untouchables and More

Next: How Did the Top 8 Perform on American Idol Season 6?