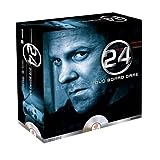 Tonight another episode of Thank God Youâ€™re Here plays in the second hour of primetime on NBC and then moves to its new regular time on Wednesdays in the first hour of primetime. That opens the Monday night lineup for the return of Heroes next week, which I canâ€™t wait for. How about you? Then the new show The Real Wedding Crashers premieres right after it. Speaking of premieres, did you watch the two hour premiere of Drive last night on FOX? It continues with a new episode tonight right before Jack goes after Audrey on 24. On ABC Family you will find the second episode of the new season of Falcon Beach right before an episode of Kyle XY.

Drive (FOX): New. The games really get start as Alex gets arrested and separated from Corinna. A dangerous woman takes a liking to Winston. Rob gets some really bad news. It wasnâ€™t the best, but it did set up an interesting conspiracy behind the race that you want to know more about. What did you think of Drive?

CSI: Miami (CBS): New. A movie star that was about to let known some damaging secrets is found dead and the team investigates.

How I Met Your Mother (CBS): Repeat. The â€œSwarleyâ€ episode replays where they give Barney a hard time after someone mistakenly thinks his name is Swarley. Good times.
The New Adventures of Old Christine (CBS): New. One of Richardâ€™s job is in jeopardy because of Christine and her need to control things.

Two and a Half Men (CBS): New. Alan takes some time to prepare Jake for his momâ€™s wedding while Charlie continues on with Herbâ€™s sister.
The King of Queens (CBS): New. Doug has acquired some new eating habits and this leaves Carrie having to secretly eat meat without him knowing until she canâ€™t take it anymore.

Kyle XY (ABC Family): Repeat. Police have discovered a skeleton in the woods near where Kyle was found while Kyle becomes confused by all the lies in the Trager household. Plays again later. A new episode of Falcon Beach plays right before.

Unwrapped (Food Network): Repeats. Two episodes play, first one about handheld meals and then one about hot dogs.

The Riches (FX): New. The Malloys try to uphold the deal they made, which has DiDiâ€™s fiancÃ© coming to stay with them. This just seams like a twist that has come way to early in the story. What do you think? Runs 64 minutes and plays twice.