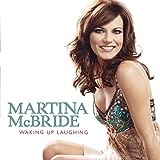 Due to the tragic events at Viginia Tech, FOX has decided to postpone tonightâ€™s new episode of Bones for a later time. The case involved searching for the killer of a college basketball player. If you are looking for In Case of Emergency, it has been cancelled. The improv show Thank God Youâ€™re Here makes it regular time period debut tonight in the first hour of primetime on NBC. Notes from the Underbelly also makes its time period debut tonight in the second half of the first hour of primetime on ABC. Over on cable, the fourth season of Hustle premieres tonight on AMC. What will you be watching tonight?

Jericho (CBS): New. Eric has not returned with the other men from New Bern and Jake thinks that something is wrong.

Lost (ABC): New. Desmond gets Charlie, Hurley and Jin to take a trip through the jungle with him. Kate sees Jack alone with Juliet and then goes to be close to Sawyer. Last weekâ€™s great episode about Juliet replays right before this episode.

Bones (FOX): Repeat. This was a pretty good episode where Brennan and Hodgins get buried alive in a car and Booth and the rest of the team search for them. A new episode about a college basketball player being murdered was put on hold due to the tragic events at Virginia Tech this week.

Crossing Jordan (NBC): New. Everyone takes turns taking care of Jordan after her brain surgery. Homeland Security thinks Bug might be a terrorist.

CSI: NY (CBS): Repeat. The death of a professional paintball player is investigated.

MythBusters (Discovery Channel): New. The guys test whether a truck full of birds is lighter when it hits a bump.

Hustle (AMC): Season Premiere. The gang has a new leader and they are in Los Angeles for their first con of the new season. Runs 75 minutes.