Tonight on the Tube: American Idol, Back to You, Head Case & Men in Trees 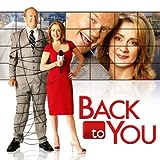 Tonight, ABC has Men in Trees making its return to the airwaves.

American Idol (FOX): New. The top 10 girls perform and then two must be sent home tomorrow. Runs 90 minutes.
Back to You (FOX): New. Younger anchorman asks Kelly out on a date and Chuck gets jealous. This is the last of the pre-strike episodes, as many as eight new episodes begin airing on April 16th.

Men in Trees (ABC): New. Finally, hopefully ABC will leave it here for the rest of the 11 episodes they have this season. Tonight, Marin gets an a visitor, Jack is still lost at sea. Sam finds out about Jane’s controlling side. Buzz tries to help Patrick regain his memory, but things don’t work out very well.

Deal or No Deal (NBC): New. I guess somebody finally won the million, so it is back to its normal number on million dollar cases.

Criminal Minds (CBS): Repeat. Penelope has been shot and the team is trying to determine who did it.

Law & Order (NBC): New. The detectives look at a prostitute in the case of a high school girl found dead.

Good Eats (Food Network): Repeats. First up Alton cooks with chilies and then in the next episode he cooks up some chili. Both play again later.

A&E has five episodes of CSI: Miami tonight.
Bravo has 12 episodes of Project Runway.
CMT has five hours of Dallas Cowboys Cheerleaders: Making the Team.
Oxygen has 13 episodes of Roseanne.
Sci Fi has eight episodes of Doctor Who early.
VH1 has the five-part 100 Greatest One Hit Wonders.

Previous: How Did the Top 10 Guys Perform? – American Idol Season 7