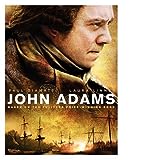 Tonight, ABC has the season finale of Oprah’s Big Give and the post-strike return of Brothers & Sisters and CBS has the premiere of the TV movie Sweet Nothing in My Ear.

In show renewal news, it looks like Terminator: The Sarah Connor Chronicles will be back.

Monk (NBC): Repeat. Monk ends up with amnesia roaming a small town, in this episode from season four.

Desperate Housewives (ABC): New. Gaby is trying to get used to having a blind husband. Lynette has someone from the past show back up. Bree and Katherine our working together on the Founders Day Ball. Runs 62 minutes.

Brothers & Sisters (ABC): New. The presidential race takes an unexpected turn leaving Robert and Kitty to make a big decision. Isaac proposes to Nora, which surprises everyone in the Walker clan. Rebecca is looking into who her father may really be. It will be great to watch the Walker family once again.

Everybody Hates Chris (The CW): New. Chris decides to collect cans for an Earth Day class project, but it turns out to be more difficult than he anticipated.
Aliens in America (The CW): Repeat. Raja starts smoking, which gets everybody smoking and then trying to quit without much success.

Psych (NBC): Repeat. In this episode from season one, “Scary Sherry: Bianca’s Toast,” Shawn and Gus are on the case of a death under suspicious circumstances.

Law & Order: Special Victims Unit (NBC): Repeat. After a young Jewish boy gets attacked, other victims come forward to point the detectives in the right direction, in this episode from earlier this season.

Big Break: Ka’anapali (Golf Channel) Repeat. The season premiere episode has the ladies having to “Hit the Ground Running.” Plays again later. The next new episode is on Tuesday.

John Adams (HBO): Miniseries Finale. Part seven of seven, “Peacefield,” has Adams in retirement, where he writes his memoirs, reconciles with Jefferson and watches as his son follows in his footsteps as president. Runs 65 minutes and plays multiple times throughout the week. The first six parts replay leading up to tonight’s conclusion.