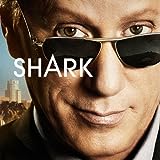 In where did Boston Legal go news, ABC has moved it to Wednesday nights, starting tomorrow. They are trying to give Women’s Murder Club a shot in the post Dancing With the Stars: Results Show slot, hoping it can hang on to a decent amount of Dancings viewers.

Bold Italic Items signify what shows the TVaholic is watching, or recording, or watching on demand, etc., tonight. Let me know what you will be watching tonight in the comments. Let’s find out if you watch more or less than the TVaholic? Since this is the first week in a while that everything is new, I thought it would be fun to add this to this week’s posts.

NCIS (CBS): New. Two members of the team go to Iraq to investigate a murder.

Shark (CBS): New. Stark is helping to put together a covert case against a big underworld kingpin and it could lead to his not being disbarred. Paula Marshall (Nip/Tuck, Out of Practice) joins the cast as a temporary replacement for Jeri Ryan, who is on maternity leave.

Women’s Murder Club (ABC): New. Lindsay’s estranged father, played by Gerald McRaney (Jericho) comes for a visit, while she is in the middle of investigating who killed a cop.

American Idol (FOX): New. Neil Diamond is the mentor this week, as the final five sing one of his songs.

Reaper (The CW): New. Sam is freaking out after Andi sees him kill a demon. She is threatening to go to the cops.

The Riches (FX): Season Finale. Dahlia and Wayne try to deal with the ever-widening gap between them. The Bayou Hills deal could go down after foul play at the construction site. Runs 62 minutes and plays twice and again later.

Bravo has eight episodes of Work Out.
MTV has five episodes of Sweet 16 Blingest Bash Countdown.
Oxygen has 21 episodes of The Bad Girls Club.
Sci Fi has 16 episodes of Tales From the Darkside early.

Next: How Did the Top 5 Do on American Idol Season 7?