Tonight on the Tube: Camp Rock, Doctor Who & Live at Gotham 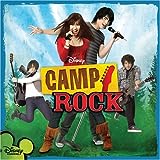 Over on cable, Disney Channel has the TV movie premiere of Camp Rock.

In Charlie Jade news, the show must not have done very well leading off Friday nights, cause it has been moved to late night Mondays starting June 23rd. You can’t even find a listing for the show on the Sci Fi website, although the show’s info page is still there.

Numb3rs (CBS): Repeat. Don and the team are investigating the murder of a state senator, in “Brutus” from season three.

Numb3rs (CBS): Repeat. A serial killer is killing Internet predators and the team is trying to find him, in “Killer Chat” from season three.

Planet of the Apes (FOX): Released 2001. An astronaut in 2029 ends up on a planet run by apes and leads and uprising against their leader. Runs two hours.

MVP: He Shoots, She Scores (ABC): Repeat. The series premiere episode of the SOAPnet show gets a play on ABC after the Daytime Emmy Awards. It’s about hockey players and their wives.

Doctor Who (Sci Fi): Repeat. Last week’s episode, “The Unicorn and the Wasp,” replays, where you might find out why mystery writer Agatha Christie disappeared for 10 days in 1926.

Doctor Who (Sci Fi): New. The Doctor and Donna must find out the secret to the Library that was closed off 100 years ago. Plays again later.

D.L. Hughley: Live at Gotham (Comedy Central): New. D. L. Hughley hosts and introduces some of the best standup comics on the rise in New York.