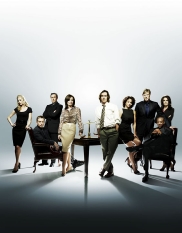 Quick Synopsis: Judges, prosecutors and public defenders battle it out.

Long Synopsis: The story revolves around a public defender that puts all his passion and energy into defending his clients, which causes him to question the system. He is defending a man that he knows to be innocent, but is going before a judge that doesn’t like him. Over in the district attorney’s office, the boss seems more interested in winning than getting at the truth, as do some of the prosecutors.

Review: Raising the Bar is a solid look inside the legal system. It is brought to you by Steven Bochco, the guy that has brought us shows like NYPD Blue and Hill Street Blues and David Feige, the author of Indefensible

on which the show is partially based.

Fiege was a public defender in the Bronx and wrote a book about his experiences. The show expands on that and brings you a look inside the system from all sides, not just your usual view from the prosecutors, like Conviction or from the defense attorneys, like The Practice. You get both of those points of view, along with a judge. Although, the large cast reminds me a lot of Conviction, but that could just be because of the presence of J. August Richards in both.

The best thing about the show is Jerry Kellerman, played by Mark-Paul Gosselaar (Commander in Chief, NYPD Blue). He is the main public defender on the show. He fights for what he believes in and doesn’t take any crap from anyone, especially not the judge.

Raising the Bar also stars Gloria Reuben (ER), as the head of the public defender’s office, Currie Graham (Men in Trees, NYPD Blue), as the head of the district attorney’s office, Jane Kaczmarek (Malcolm in the Middle), as Judge Trudy Kessler, Melissa Sagemiller (Sleeper Cell) and J. August Richards (Conviction), as prosecutors, Teddy Sears (Ugly Betty), as a guy from a rich family working as a public defender, and Jonathan Scarfe (Into the West), as Judge Kessler’s aide. Natalia Cigliuti (All My Children) shows up in the second episode as a public defender transferring in from the Bronx office.

One of the interesting things about the show is making most of the major characters longtime friends. This brings with it stories of how you can maintain friendships, or possibly more, with the people you are going up against in court everyday.

Really enjoyed this episode, but the second one seemed a bit repetitive to me. Haven’t watched the third one yet. Overall, it’s worth checking out, especially for the next three weeks. But, unless it really picks up in the subsequent episodes, it could get lost on Monday nights when it moves back an hour into the timeslot presently held by The Closer. Cause, by episode four, everything on the networks will be back as well. It will be in direct competition with Heroes, Prison Break, Two and a Half Men and Dancing With the Stars. For me, at this point it would be the third best option in that time period.

Raising the Bar premieres tonight, Monday, September 1st after a new episode of The Closer.

Read interviews with series stars Mark-Paul Gosselaar and Gloria Reuben and executive producer Steven Bochco. Also, watch some episode clips in the TNT Player on the Video Players page and some photos from episode below.

(Click on photos to see a larger version with description) 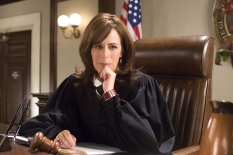 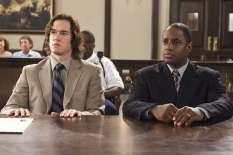 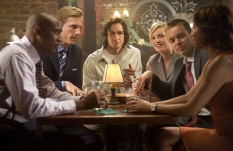 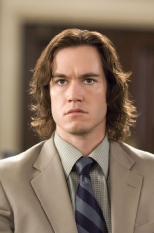 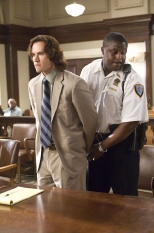 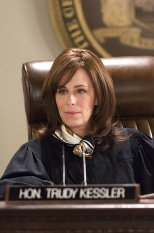 Next: Check Out Some Photos From the Prison Break Season Four Premiere