Quick Synopsis: Are you paying attention? He is.

Long Synopsis: A guy who used to pretend to be a psychic on TV, now uses his remarkable skills of observation as a consultant to the California Bureau of Investigation. He doesn’t really go by the book, which brings resistance from the agents he is supposed to be helping. When it looks like a serial killer they have been tracking for years has struck again, he wants on the case, even though he was recently suspended. After a quick once over of the crime scene, he doesn’t believe that is was the infamous Red John.

Review: The Mentalist is my type of show. I always like shows that revolve around a central character that is the smartest guy in the room. Which is one of the reasons I like House so much or remember shows like the Jeff Fahey vehicle The Marshal so fondly.

My first thought when watching the screener CBS sent over was that it is a cross between USA’s Psych and the old NBC show The Profiler. It has a main character that is a consultant for the police that sees things that others don’t seem to notice, like on Psych, but has a much darker tone and back-story, which is similar to The Profiler.

Simon Baker (The Guardian) plays the lead Patrick Jane, a consultant for the CBI. Robin Tunney (Prison Break) plays Senior Agent Teresa Lisbon, who he is assigned to work with. Tim Kang (Third Watch), Amanda Righetti (Reunion, The O.C.) and Owain Yeoman (Generation Kill, The Nine) play the other agents on the team.

One reason the premiere doesn’t get a higher rating from me is because of the supporting cast. It isn’t so much them, as how their characters are introduced and portrayed in the “Pilot” episode. I’m sure this can be cleaned and smoothed going forward. It was where things broke down a little for me.

On the positive side were the guest stars. Zeljko Ivanek, who just won an Outstanding Supporting Actor in a Drama Series Emmy for his work on FX’s Damages. He is one of the finest character actors around and does a great job here as well.

Other faces you will probably recognize include Steven Culp (Desperate Housewives, JAG) and Gail O’Grady (American Dreams, NYPD Blue). They contribute to an opening sequence that was expertly put together and serves as a great introduction to the series and to how Jane works.

They do a really good job of lingering just enough on what Jane sees, so you can too. This gives the audience a chance to play mentalist themselves and try to put the pieces together he is using to solve the case.

On the other hand, they lingered a little too much at one point early on and I was pretty sure who the culprit was going to be, even though we hadn’t really seen any of the clues yet. Although, this may just be a product of watching too many TV shows.

Overall, it is definitely worth checking out and has been added to the list of shows I’ll be watching. The problem lies in that it is up against three other shows that are very much worth watching, as well, in The CW’s Privileged and FOX’s Fringe on the network side and ABC Family’s Greek on the cable side. But, I have to say that the prospect of watching FOX’s House followed by The Mentalist sounds intriguing to me.

The Mentalist premieres tomorrow night, Tuesday, September 23rd on CBS after the season premiere of NCIS.

Check out some photos from the series. 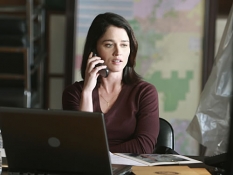 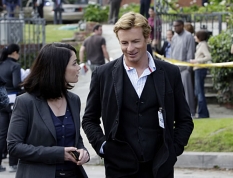 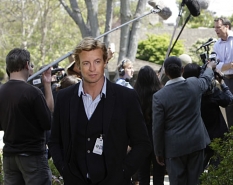 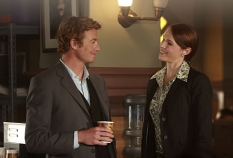 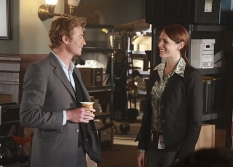 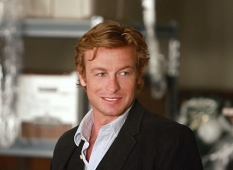 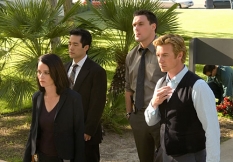 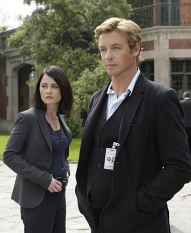 Previous: Tonight on the Tube: Big Bang Theory, How I Met Your Mother & Heroes

Next: Tonight on the Tube: House, NCIS, Fringe, The Mentalist, Privileged, Greek & Eureka