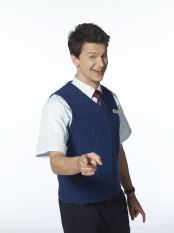 On Tuesday, December 16th, 2008, I had the opportunity to sit down with John Lehr of TBS’ 10 Items or Less. He is one of the creators, producers, writers and stars of the show. The third season kicks off tonight, January 6th, 2009.

I was able to ask about 15 questions in the just over 20 minutes I got to spend with him at the beautiful Fairmont Olympic Hotel in downtown Seattle. Some of the things we talked about:

Let me know what you think of the interview. What would you have asked John Lehr about 10 Items or Less?

Next: Tonight on the Tube: Scrubs, Privileged, The Mentalist & Leverage