Today marks the official beginning of the 2009 Fall TV Season. It also means that there is a whole lot of TV to choose from. Of course you’re going to be watching all your old returning favorites, but what about the new shows the networks and cable outlets are offering up this fall?

Well, there are about 25 new scripted shows debuting this fall that have been given premiere dates, many of them this week. That is a lot of new stuff to try and fit into an already crowded TV viewing schedule. So, in an attempt to help you out, here are my best bets, or prime picks, of the new crop of TV shows for Fall 2009. 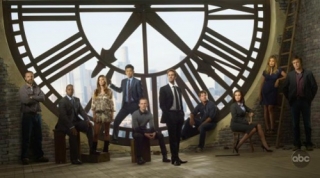 FlashForward (ABC) – This is my favorite new show of them all. I loved the “Pilot” episode. The cast includes Sonja Walger (Lost), Courtney B. Vance (Law & Order: Criminal Intent), John Cho (Kitchen Confidential), and Joseph Fiennes (Shakespeare in Love).

The opening where everyone on the planet blacks out for two minutes and 17 seconds is very well done. They have setup a very interesting framework from which to tell the story. We will mostly be following the main cast, but given how things are setup, it is ripe for bringing on guest stars and recurring or new characters.

I found the storylines laid out in the pilot to be very interesting and the show left me wanting to watch the next episode right away. That doesn’t happen often enough on TV, given the number of shows that are put out each year. So, when it does, I’m ready to jump onboard. Can’t wait for episode two. 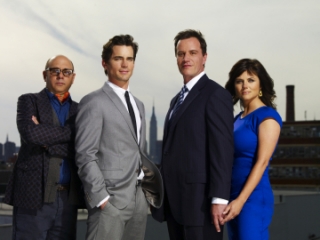 White Collar (USA) – This too left me wanting to see more right away. I just love these types of shows. It has action, comedy, mystery and Kelly Kapowski. It stars Mathew Bomer (Chuck, Traveler), Tim DeKay (Tell Me You Love Me, Carnavale), and Tiffani Thiessen (Fastlane, Beverly Hills, 90210).

A super smart criminal gets himself teamed up with the only FBI agent that was able to catch him. This mismatched duo attempts to go after another very smart criminal that the agent has spent years trying to take down with very little to show for it. The story sets up more than just crime of the week to solve, there is a bigger mystery to drive the series as a whole.

It will fit right in with USA’s other “Characters Wanted” shows like Burn Notice, as it has a similar vibe. 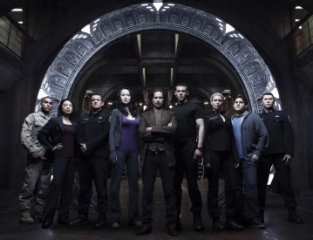 Stargate Universe (Syfy) – While we’re on the topic of new shows that left me wanting to see more immediately, we have this one. Fortunately, I was able to watch the second episode that will follow the week after the two-hour premiere episode. Unfortunately, that means I’ll have to wait until October 23rd to see the next new episode. It stars Robert Carlyle (24: Redemption, The Full Monty), David Blue (Ugly Betty, Moonlight), Alaina Huffman (Smallville, Painkiller Jane), and Ming-Na (Vanished, ER).

A group on a secret base is attempting to figure out how to use a stargate that doesn’t work the same as the others. They figure out how to open the gate, but come under attack. A small group’s only chance of escape is to jump through the gate not know where they will come out. Where they come out is an ancient starship traveling through an unknown part of the universe, on an unknown course that is quite far from Earth. Their only chance to survive is to learn all they can about this new ship and try to use the stargate onboard to get home.

I used to watch Stargate SG-1 back when it started on Showtime, but lost track of it as it moved to its new home on the Sci Fi Channel. I’ve never really got into Stargate Atlantis, as it always came off too much on the silly/cheesy side for me. So, when I saw the promos for this new incarnation of the series, I was hopeful, cause it looked to be a bit more on the serious side. Not that there isn’t any humor, cause there is. But, after watching the first three hours of the series, I can say that this is the first Stargate series on Syfy that I actually plan on watching.

There are also interesting characters like Carlyle’s Dr. Rush. If you watched Battlestar Galactica, he is a little like Dr. Baltar, except it is less clear what or why he might do something. 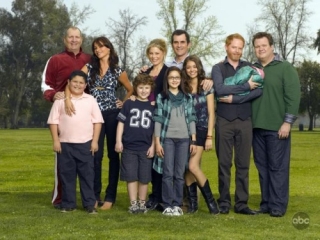 Modern Family (ABC) – Of all the new comedies this season, this is the best written and executed. It is consistently funny and has a great cast. It stars Ed O’Neil (Married…With Children), Julie Bowen (Boston Legal, Ed), Ty Burrell (Back to You, Out of Practice), Sofia Vergara (Dirty Sexy Money, The Knights of Prosperity), and Jesse Tyler Ferguson (The Class). 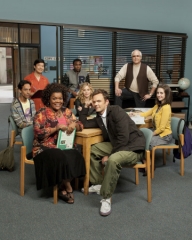 I found the “Pilot” episode to be funny and a solid setup for introducing us to all the characters. If the writers can consistently deliver on the scripts, I have no doubt this cast can deliver the goods each week. 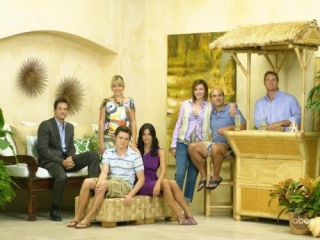 Cougar Town (ABC) – Not quite as funny as the previous two comedies on this list, but a good introduction to what the series is and could be. It stars Courtney Cox-Arquette (Dirt, Friends), Dan Byrd (Aliens in America), Josh Hopkins (Private Practice, Swingtown), Christa Miller (Scrubs, The Drew Carrey Show), and Busy Philipps (Terminator: The Sarah Connor Chronicles, Dawson’s Creek).

I’m pretty much onboard for anything from a former Friend, but it has to be good for me to stay there and this one is. It’s the story of a 40-something mom of a teenage boy that is trying to get back out there and as the title implies, finds herself a younger man. 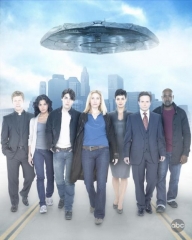 V (ABC) – This has a great cast and the “Pilot” episode is put together incredibly well. So well in-fact that I worry about a letdown in the episodes to follow. It stars Elizabeth Mitchell (Lost), Joel Gretsch (The 4400), Alan Tudyk (Firefly), Laura Vandervoort (Smallville), Morena Baccarin (Firefly), and Scott Wolf (The Nine, Everwood).

I thought the first episode was really good and much better than most of the new shows this fall, but I wasn’t clamoring for a new episode when the first one was over. Yet, I will be watching it when it airs. 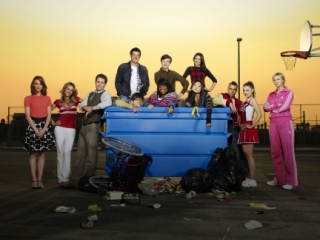 Glee (FOX) – This is the most original show on this list. It’s a musical dramedy that brings the most unique viewing experience this fall. It stars Jane Lynch (Two and a Half Men, Party Down), Jessalyn Gilsig (Heroes, Boston Public), Matthew Morrison (As the World Turns), Cory Monteith (Kyle XY), and Jayma Mays (Ugly Betty, Heroes).

The comedy side of things is really good, with Lynch being the standout. She can deliver a line and the writers have provided her with plenty of them so far.

The singing is great, except for the small fact that they way they present it, it looks like really bad lip-syncing. This is the one drawback of the show for me, cause it pulls me out of the moment. Maybe, I just haven’t figured out what it is exactly they are going for and maybe once I do, it won’t bother me as much. Yet, it’s really a minor problem given the rest of what is taking place.

If you haven’t watched an episode yet, you should really give it a try. It’s not for everybody, of course. But, I’ve found that many that thought they wouldn’t like it, have come to love it once they gave it a chance.

Premiered Wednesday, September 9th. Well, not including the “Pilot” that aired last may.

Okay, so there’s the eight new Fall 2009 TV Shows that are definitely worth checking out. I’ll be back later with the nine new shows that you shouldn’t bother with and the eight shows that fall somewhere in the middle.

Next: Tonight on the Tube: NCIS, Warehouse 13 & Sons of Anarchy