Jason the TVaholic Dec 9, 2009 Tonight on the Tube 1 comment 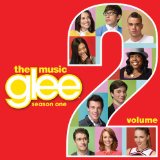 Tonight, ABC has the Barbara Walters Presents: The 10 Most Fascinating People of 2009 and FOX has the first season fall finale of Glee.

In late night, G4 has the series premiere of Campus PD.

The New Adventures of Old Christine (CBS): New. Christine learns that her son has been bullying some kids at school, so she sets out to apologize to the woman she tormented in school.
Gary Unmarried (CBS): New. Sasha learns what problems come along with dating a divorced man after Allison interrupts their first date.

Glee (FOX): Fall Finale. Quinn’s secret comes to light and Will makes a big decision. This is what the season has been building towards all season. How excited are you to see what happens?

CSI: NY (CBS): New. A 911 call leads the CSIs to a really old corpse in a vacant penthouse.

Shrek the Halls (ABC): Repeat. Shrek just wants to have a cozy Christmas at home, but everyone seems to be getting in the way of his plans.
The Middle (ABC): New. Mike is taking control of the Heck family Christmas so Frankie can prepare for a solo at Midnight mass.

Modern Family (ABC): New. Cameron and Mitchell take Lily to get her first picture with Santa. Claire and Phil are taking away Christmas after the kids get into some trouble.
Cougar Town (ABC): New. A wealthy man attempts to get the attention of Jules by pretending to be interested in a really expensive home. Runs 31 minutes.