Jason the TVaholic Jun 8, 2010 Tonight on the Tube 0 comments 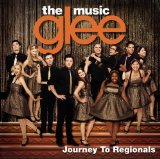 Tonight, FOX has the first season finale of Glee.

On cable tonight, ABC Family has the series premiere of Pretty Little Liars, Animal Planet has a Human Spider and a Human Bird special, Bravo has a Kathy Griffin: My Life on the D-List special, FX has the first season finale of Justified, Sundance has the second season finale of The Lazy Environmentalist, truTV has the third season premiere of Bait Car, and WE has a Super Secret Celebrity Weddings special.

In late night, HGTV has the first season finale of Marriage Under Construction and Spike TV has a US Navy: Pirate Hunters special.

Pretty Little Liars (ABC Family): Series Premiere. Four high school friends that have gone their separate ways after the disappearance of a fifth friend come back together after they start getting messages from the one that went missing. Plays three times, next Monday after The Secret Life of the American Teenager, and Tuesday before the next new episode. The show is based on the series of novels by Sara Shepard

. Wasn’t too sure about this one for about the first half of the episode, but by the end it looked like it might be solid summer fun. There were a few elements that didn’t work for me, like dialogue that was only there to leave the viewer with another mystery, but didn’t seem realistic to the situation. Yet, they do setup a lot of mysteries and secrets to be unraveled as the series goes along. The cast is solid with familiar faces like Lucy Hale (Privileged) and Holly Marie Combs (Charmed). My first thought was that if Gossip Girl was a mean girl that had gone missing and then started sending you creepy messages about what you were up to, you’d have the show. On its own, it showed some signs and I think it has the potential to be good once we get past some first episode problems and be a hit for ABC Family.

Glee (FOX): Season Finale. It’s Regionals and the team may be in trouble when Sue becomes a judge. Quinn finds her life changed forever. Starts a minute before the hour and runs 61 minutes.

Justified (FX): Season Finale. Things have all been heading to this, as Raylan, his father, Boyd, and Bo Crowder collide. Runs 64 minutes. Plays twice and again later. This is a great episode that left me wanting to see where they go with it next season. “Bulletville” is an apt title for the episode.

Previous: Tonight on the Tube: Lie to Me, The Good Guys & Saving Grace

Next: Tonight on the Tube: Next Food Network Star Replay & In Plain Sight