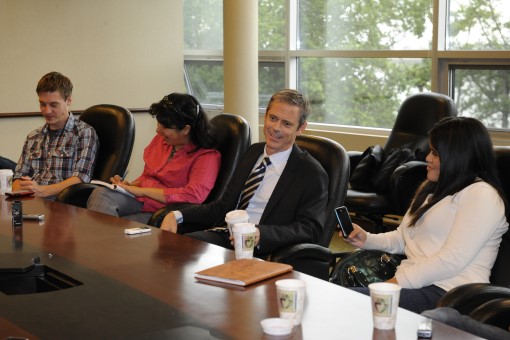 C. Thomas Howell guest starred in the fifth summer season finale episode, “One, Maybe Two, Ways Out,” of Psych, which was the episode they were filming when I, and others, got a chance to visit the set. We got a chance to spend about 15 minutes talking with him about his experience on the show and his career. Listed below are a few of the questions covered in the interview.