Tonight on the Tube: House, Lie to Me & Castle 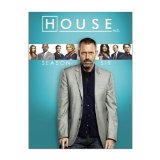 On cable tonight, TLC has a World Pastry Team Championship special, truTV has the seventh season finale of Operation Repo, and VH1 has a Rock of Love With Bret Michaels: Rock of Love Girls: Where Are They Now? special followed by the series premiere of Bret Michaels: Life As I Know It.

House (FOX): New. The case of a dying newborn baffles the team. House puts in a request for a new female doctor for his team. Cuddy asks House if he will baby sit.

Lie to Me (FOX): New. The Lightman Group is investigating police profiling techniques after an incident could put Det. Walloski in trouble.

Castle (ABC): New. Two bodies come tumbling out of a casket at a funeral, one of which sends Beckett and Castle into the world of bed-hopping doctors. Starts a minute after the hour and runs 59 minutes.

Chuck (NBC): New. Chuck is faced with deciding how far he is willing to take things to find his mother. Morgan tries to figure out how to tell Casey something that could get him physically harmed. The show has just been on fire so far this season. What say you?

The Event (NBC): New. The CDC attempts to figure out what may have happened to the plane passengers. Simon asks Sophia to betray Thomas. My big question still stands, but at least they mentioned it in the last episode. That being why can launch a plane across the country, but not get their people out of the detention center? I’m still going to need this answered soon, but this was enough to keep me watching for a few more episodes. How about you, are you still watching?

Hawaii Five-0 (CBS): New. The U.S. Ambassador to the Philippines’ daughter is found dead and her sister is still missing and the governor puts Five-0 on the case to find her before she ends up dead too.

Next: Tonight on the Tube: No Ordinary Family, Stargate Universe & Sons of Anarchy