Jason the TVaholic Dec 7, 2010 Tonight on the Tube 0 comments 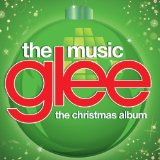 Tonight, ABC has A Charlie Brown Christmas and NBC has the second season premiere of Minute to Win It.

In late night, A&E has the first season finale of Strange Days With Bob Saget.

Eureka (Syfy): New. Everyone gets trapped in town during an unseasonably warm heat wave at Christmas time. Plays again later. This is a very good episode that puts the perfect Eureka spin on the holiday. Everyone gets a moment to shine in the episode and Carter gets to save the day, but the most fun is the return of Matt Frewer as Taggart. He is advancing the scientific study of “Santology,” which is just as great as it sounds.

Warehouse 13 (Syfy): New. There’s a bad Santa on the loose in California and Myka and Pete have to put their holiday plans on hold to go check it out. Meanwhile, Claudia attempts to surprise Artie with a gift and ends up reuniting him with his estranged father, played by Judd Hirsch (most recently of Numb3rs). Plays again later. This is an absolutely great holiday episode. Hirsch and Rubinek are almost too good to watch as father and son. And, the investigation that Pete and Myka end up on provides just the right touch of holiday spirit. Both storylines hit the perfect notes of family and holiday cheer. One thing about watching a screener for a show like this is that they tend to not have all the special effects completed. So, you are really left to watch the performances and the story without all the wiz-bang special effects blinding you to any shortcomings on those fronts. So, I can’t wait to watch it again in its finished form, cause it could only get better. @EddieMcClintock, Joanne Kelly, @SaulRubinek and @allisonscag all do a wonderful job. I enjoyed the episode so much that I could easily see this becoming a yearly holiday special that airs long after Warehouse 13 ends its run. It’s one of the best episodes of TV I’ve seen in awhile and I couldn’t recommend it more. As I said in a tweet right after watching it, the episode “captures everything a great holiday episode should with a whoosh & a twinkle.”

Life Unexpected (The CW): New. Lux and Tasha must deal with their recent actions, which forces Lux to finally stop hiding her past from Baze and Cate. The show’s creator @LizTigelaar says this is the episode she is most proud of.

Glory Daze (TBS): New. Everyone is worried about what their dad is going to think about what they’ve been up to at school. Plays again late night Friday.

Are you ready for some Christmas themed TV tonight?