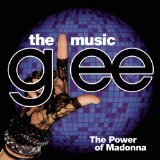 Tonight, NBC has the 10th season finale of The Biggest Loser.

Over on cable, BBC America has Gordon Ramsay’s Ultimate Christmas #1, Hallmark Channel has the TV movie premiere of Three Wise Women, History has a Third Reich: The Rise special, and TLC has the first season finale of Being Terry Kennedy.

NCIS (CBS): New. A petty officer that is the only witness to a murder has gone missing.

The Good Wife (CBS): New. Alicia is given a very cryptic tip regarding an inmate on death row. Peter is preparing for a debate.

The Vampire Diaries (The CW): Repeat. The third episode of this season, “Bad Moon Rising,” replays.

Glory Daze (TBS): New. The Omega Sigs are on the brink of an all out war with the Zeta Rhos. Plays again late night Friday.

Are you ready for some TV tonight?

Previous: Tonight on the Tube: The Closer, Men of a Certain Age & The Vampire Diaries S.2 Replay Begins

Next: Tonight on the Tube: Human Target, Psych & Psych