What to Watch Saturday: The Killing Catch-Up, Chase Begins Burning Off & Doctor Who S.6 Premiere 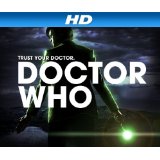 During the day, WE tv has the first four hours of AMC’s The Killing.

Chase (NBC): New. Annie poses as bait to catch a rogue police officer that has been preying on single mothers.

Doctor Who (BBC America): Season Premiere. The Doctor, Amy and Rory head to the Whitehouse to respond to a call from 1969 and they promise to help the president. Plays again later. A “Rewind” special plays right before.

Doctor Who (BBC America): Repeat. The “A Christmas Carol” special from back at Christmas replays.