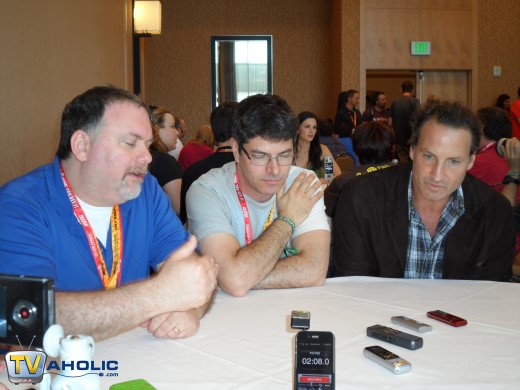 On the Saturday, July 14th I was part of a group interview with Bruce Miller, Robert Wolf and Michael Karnow, Executive Producers of Syfy’s Alphas, before their panel at Comic-Con 2012. I always enjoy hearing what the people who write what we see on screen have to say about creating the shows we love to watch. Check out the video below.

Watch the Interview with the Executive Producers of Syfy’s Alphas